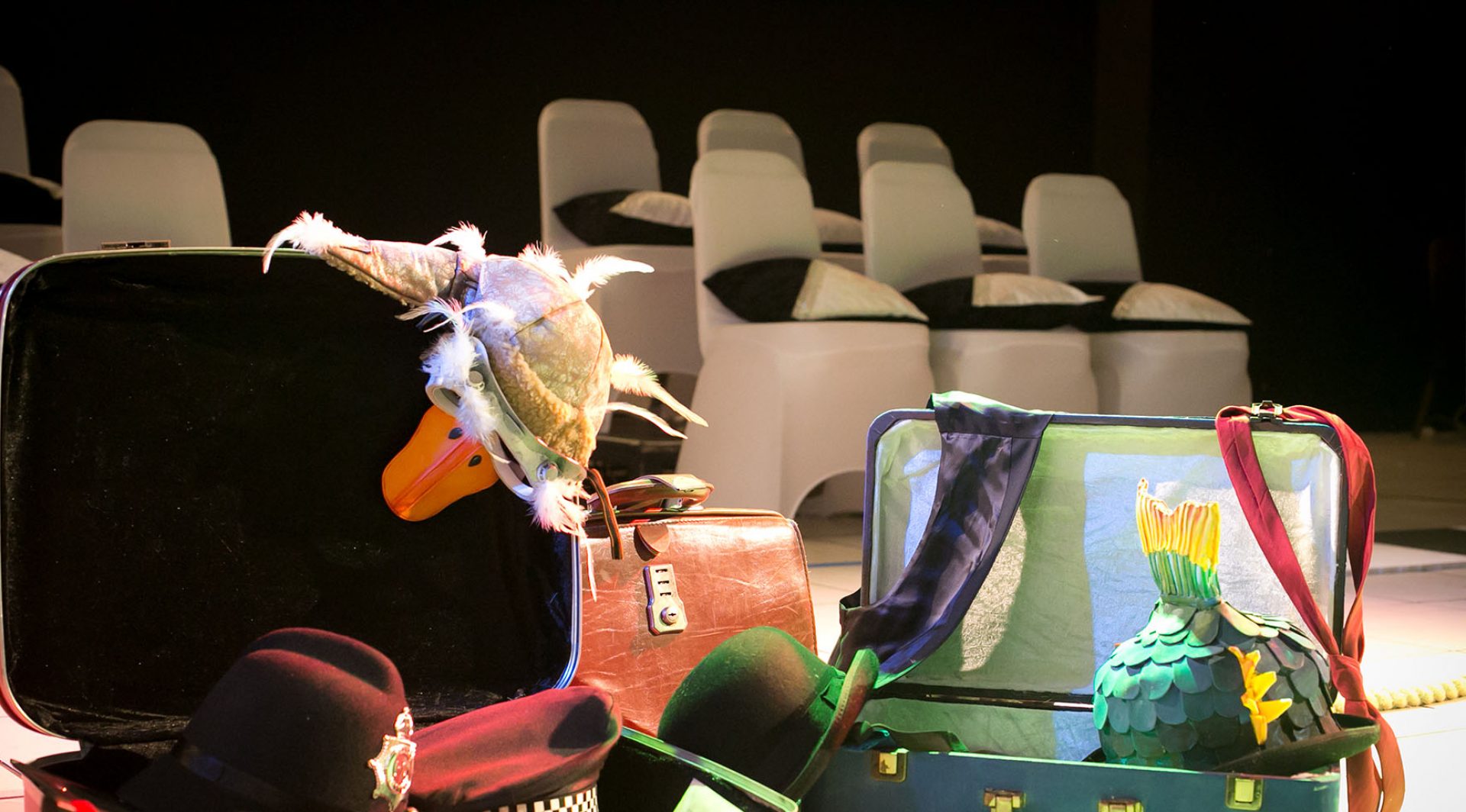 We experiment with new forms of storytelling, live gaming and audience interaction to bypass the barriers that can exclude audiences from the arts: developing original theatre while delivering real audience care; strong, emotional narratives; and voices that aren’t often heard on a traditional stage.

We endeavour to create work that is accessible to anyone, regardless of background or prior knowledge of theatre. Whoever you are, we want you to feel welcome, comfortable, and entertained.

Since 2011, we’ve created shows for venues in Manchester, London, Edinburgh, Sheffield, Norwich, Liverpool and Oxford; in venues ranging from traditional theatre spaces to alleyways, parks, village greens, and even an abandoned industrial fridge.

We’ve worked with some wonderful companies including Coney, Theatre Deli, Word of Warning, Contact, Hope Street Ltd, Forced Entertainment, Chorlton Arts Festival and more to bring new and exciting work to audiences in and outside the regular crowd.

Hidden Track work with a wide variety of artists with each of our new projects. But our core team are:

Elliot Hughes is a Mancunian writer, performer and theatre maker; creating work with an unashamedly working-class voice, informed by a childhood raised by a single mother on the poverty line, spent making games, telling stories, and constantly moving house to run away from bailiffs.

Elliot is no longer running away from bailiffs, but never stopped with the games and stories.

Elliot is Hidden Track’s Artistic Director, and has written and co-produced all of their shows to date. His original script for ‘Standard:Elite’ won the Greater Manchester Fringe 2016 award for ‘Best New Writing’, and the script has since been published by WriteForTheStage.

He has also had work commissioned by companies including Oldham Colisseum, Theatre Deli and Word of Warning; and worked on projects such as The Crystal Maze Live Experience Manchester.

Elliot is currently writing in the third person. He thinks it makes him sound serious.

Anoushka Bonwick graduated from the University of East Anglia with a degree in Culture, Literature and Politics, and has been directing productions since 2009.

Anoushka has worked as a Facilitator for the National Youth Theatre and Tangled Feet, working on projects such as Rainbow Sibs, a theatre week for children with autistic siblings; and helped manage a cast of over 100 performers and young adults in ‘One Million’, a large scale show responding to the problem of youth unemployment in the UK.

She has also directed theatre work at venues including Landor Theatre, Theatre 503, The Rosemary Branch Theatre, and The Etcetera Theatre; as well as Film and TV projects including A Long Way Down (Wildgaze Films); 24: Live Another Day (Imagine Television); and Broadchurch: Series 2 – (Kudos Film and Television).